What is an Heirloom Apple?

Blue Pearmain, Rhode Island Greening, Roxbury Russet…these are all heirloom apple varieties you won’t find in your local grocery store. But, what does “heirloom apple variety” even mean, and why is that characteristic important to holistic growers and cideries?

There is no official definition, but Heirloom apples varieties can be generalized as varieties that do not have the qualities required of the global commodity agriculture system for grocery store fresh-eating apples. They are boutique apples with other appealing characteristics that have caused humans to continue to propagate and nurture them. The commodity world has winnowed varieties down to the same 15- 20 standard varieties that are now grown all around the world – Europe, Asia, North and South America, so you can have a perfect-looking crisp-textured apple at the store 365 days per year no matter where on the globe you live. By contrast, before the mid 20th century there were thousands of varieties grown locally for many different purposes – eating, sauce, drying, baking, and of course cider. “The Apples of New York”, published in 1904, identified over 1,000 varieties being grown just in that state.

Every heirloom variety starts its journey serendipitously, a seed cross pollinated that found root and thrived. People liked the fruit, named it, and began to cultivate and grow that new variety. Many heirloom varieties were grown and cultivated specifically for cider making purposes, prized for their soft tannins, sharp qualities, or sugar content. Others were grafted simply because they make a delicious pie – which is reason enough for most! You can often find some heirloom varieties at this time of year if you look hard enough – at a farmers market stand, in a local store, or in delicious, small batch cider.

Heirloom varieties that are great for cider often have significantly more acidity, tannin or sweetness than typical grocery store apples. As much as 100% more, and therefore more great flavor. So a completely dry cider from these varieties doesn’t taste just thin and acidic, but can have rich apple character. Just the way you don’t want your dry pinot noir wine to taste like grape juice, but you do want it to exhibit fruit character and aroma, not just acid and tannin. 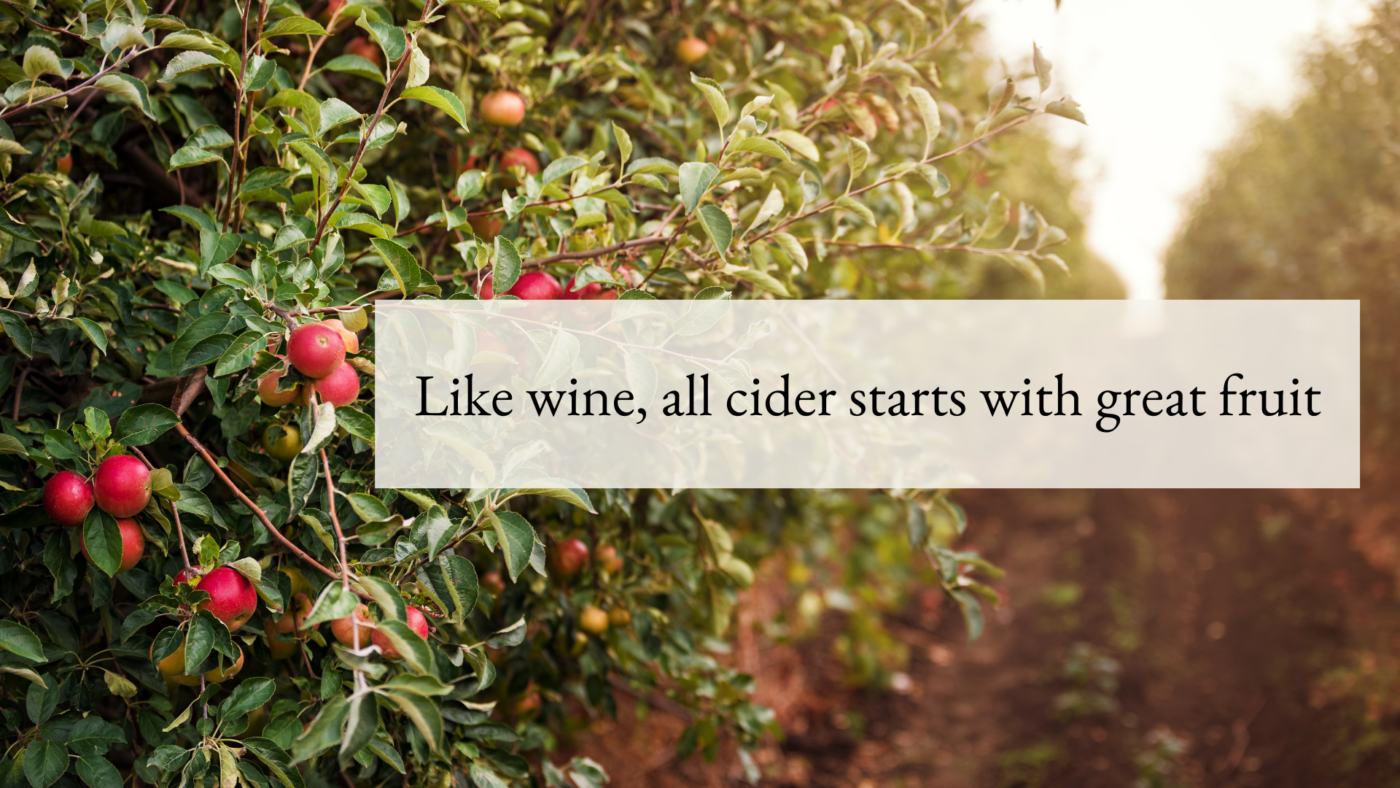 Making cider from these apples is a privilege. Each glass made with heirloom apples is a celebration of flavor, a reflection of the resilient nature of fruit trees and the people that tend them. We started Eden back in the harvest of 2007, when we developed our Heirloom Blend Ice Cider, which combines15 different heirloom varieties together and, using our naturally cold climate, produces a rich, delicious Ice Cider with perfectly balanced acidity and sweetness.

We’ve learned and grown alongside these trees, and hope you enjoy and embrace their fruit through cider shared at your table.

To learn more about the heirloom apple varieties used in our ciders, you can visit our apples page.